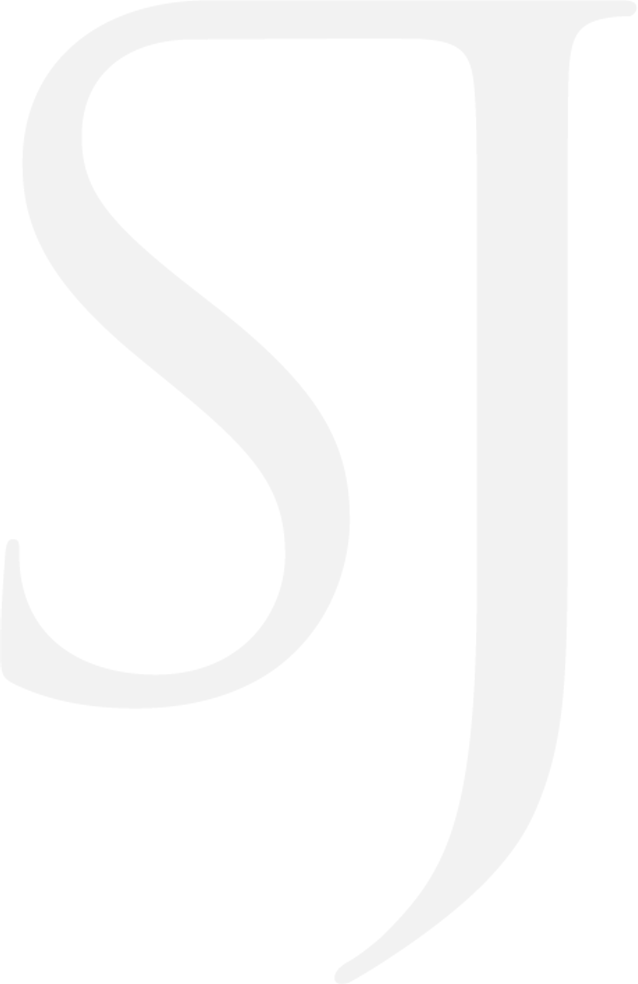 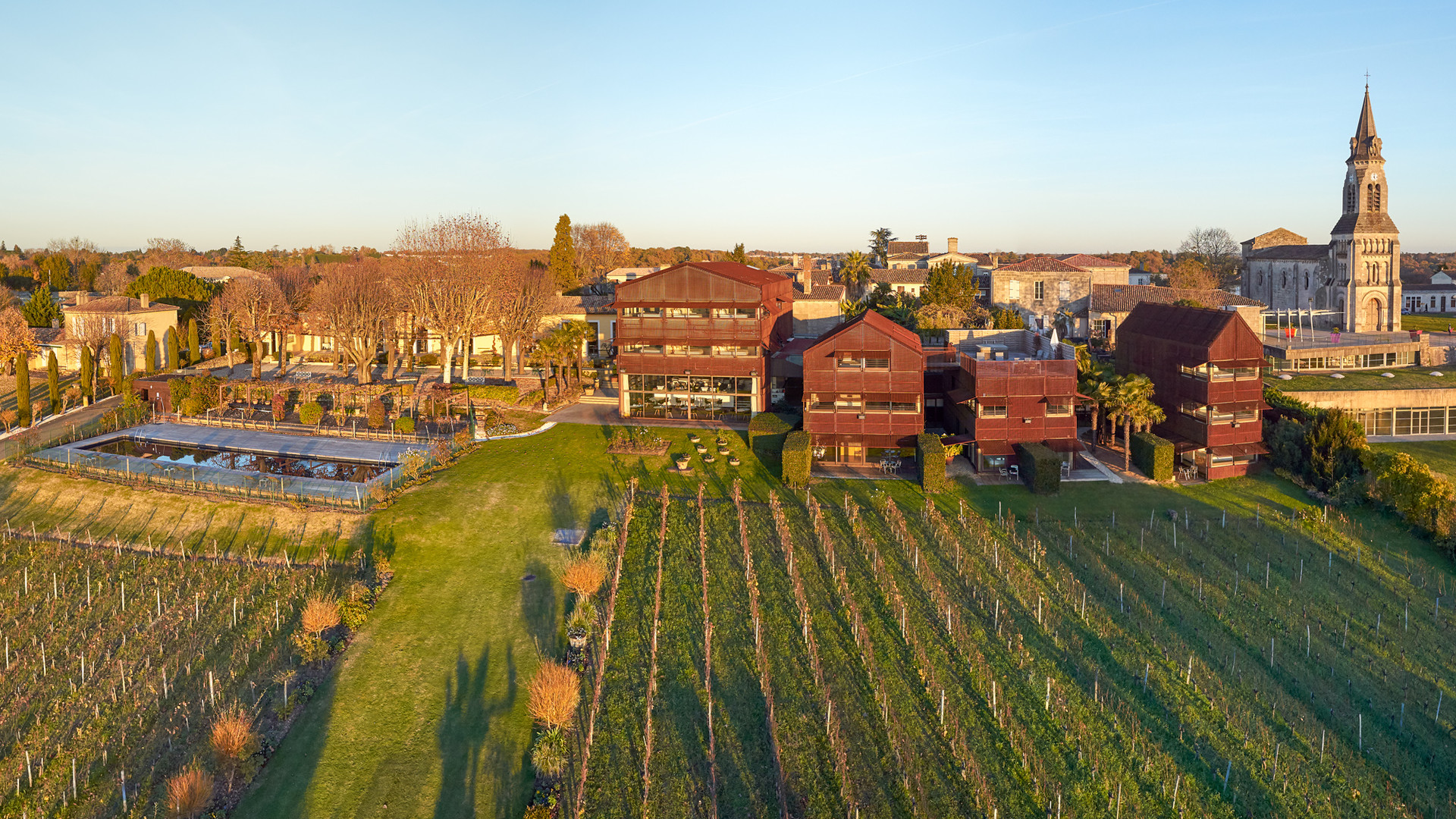 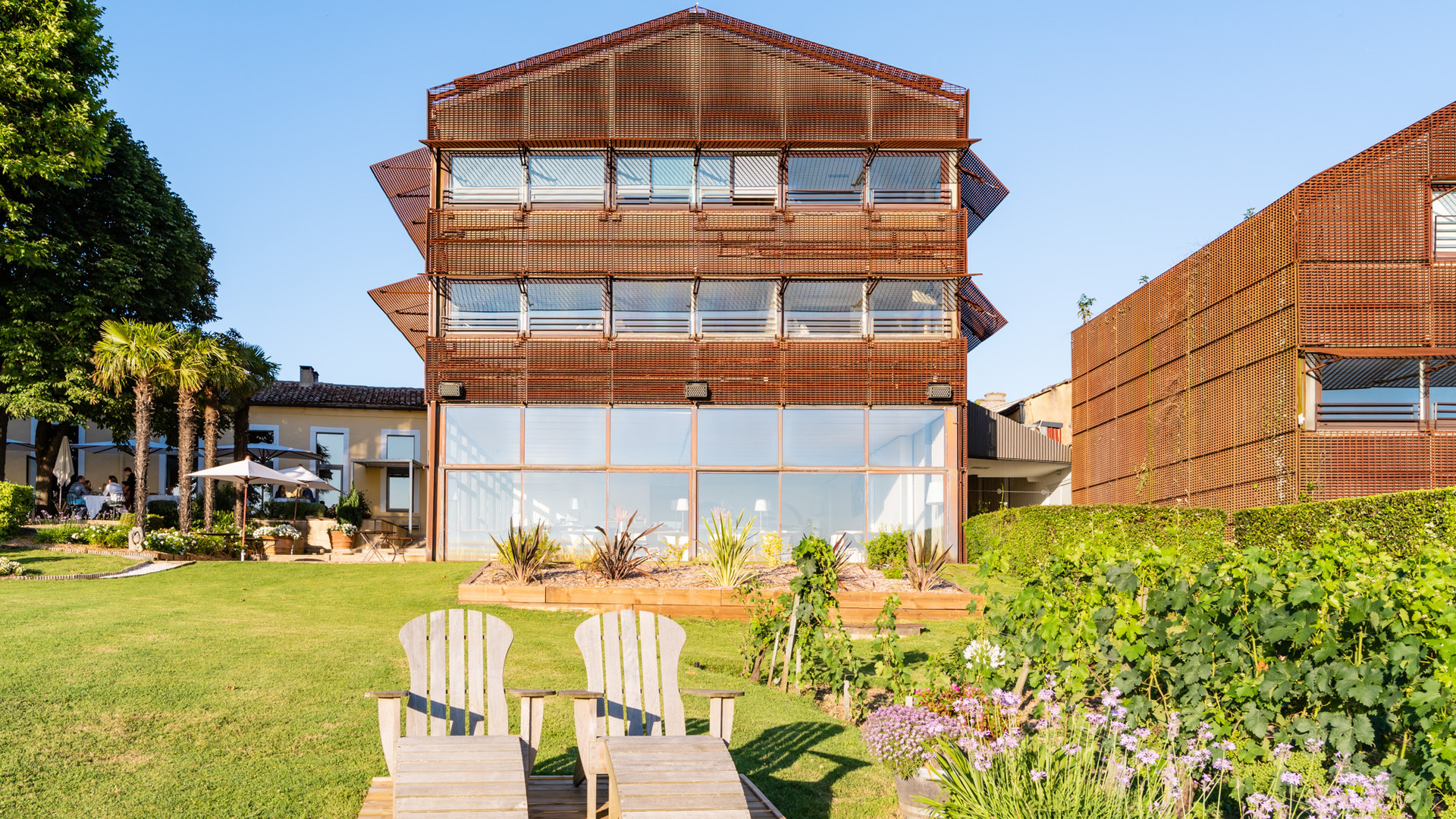 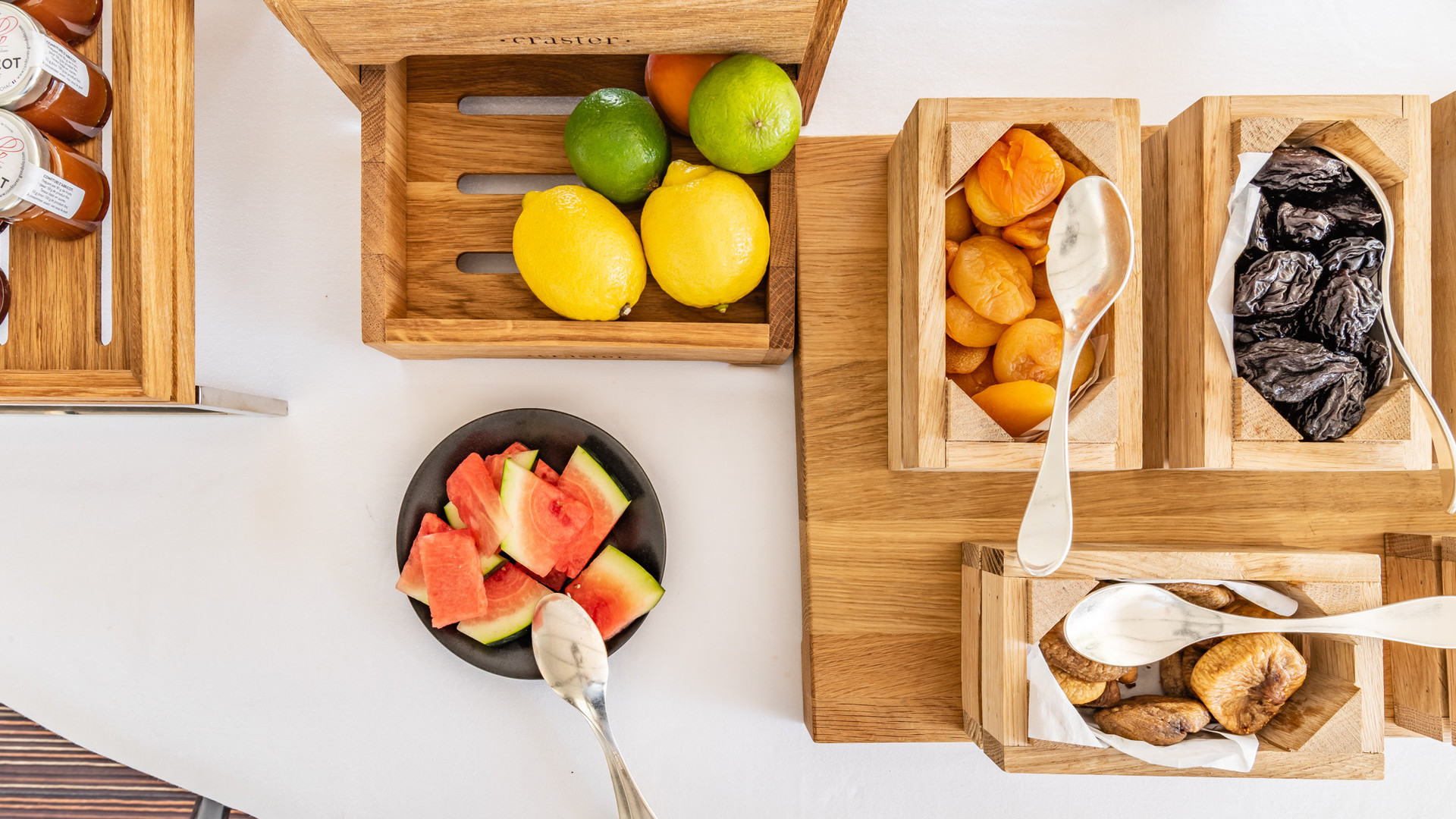 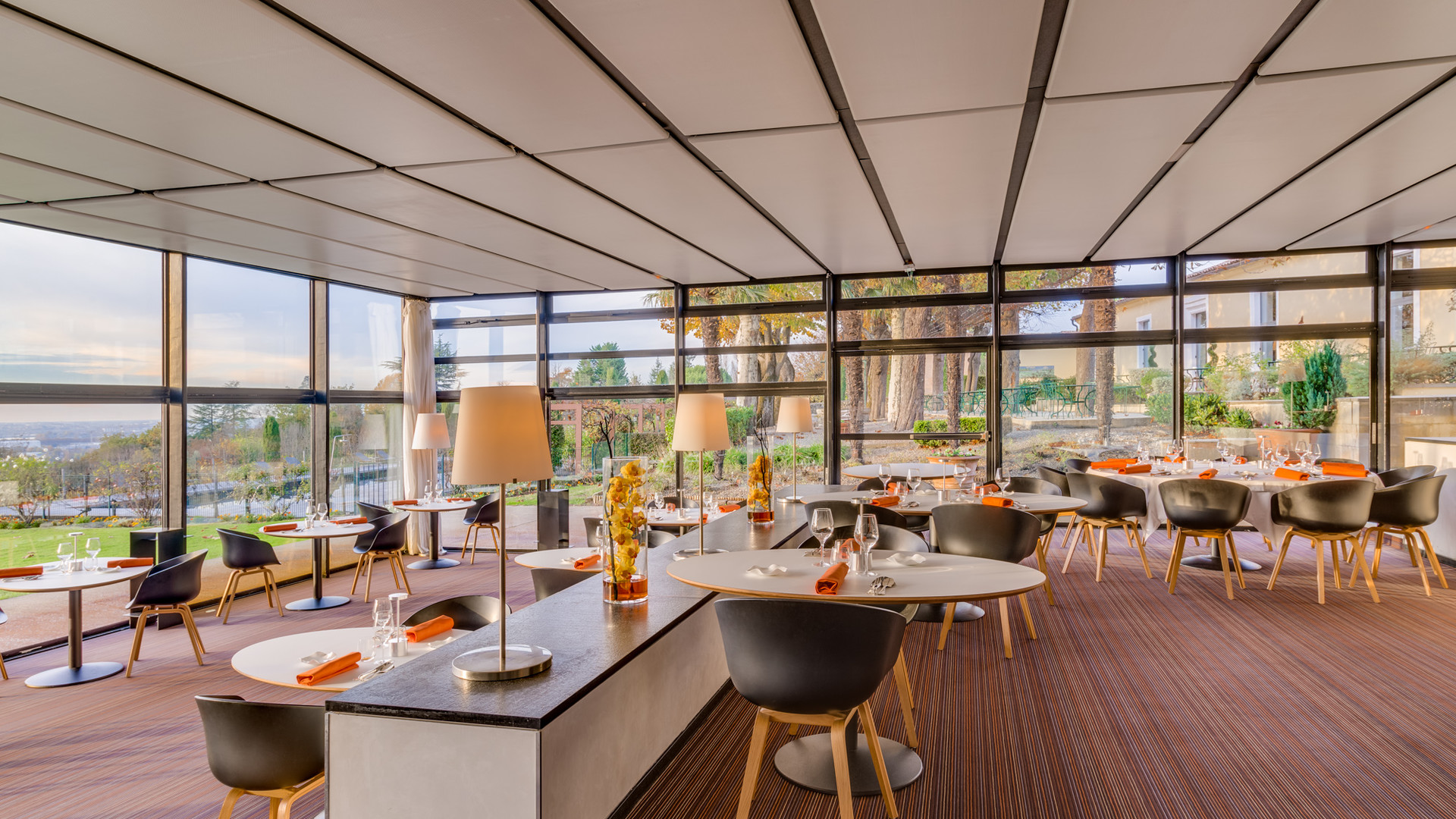 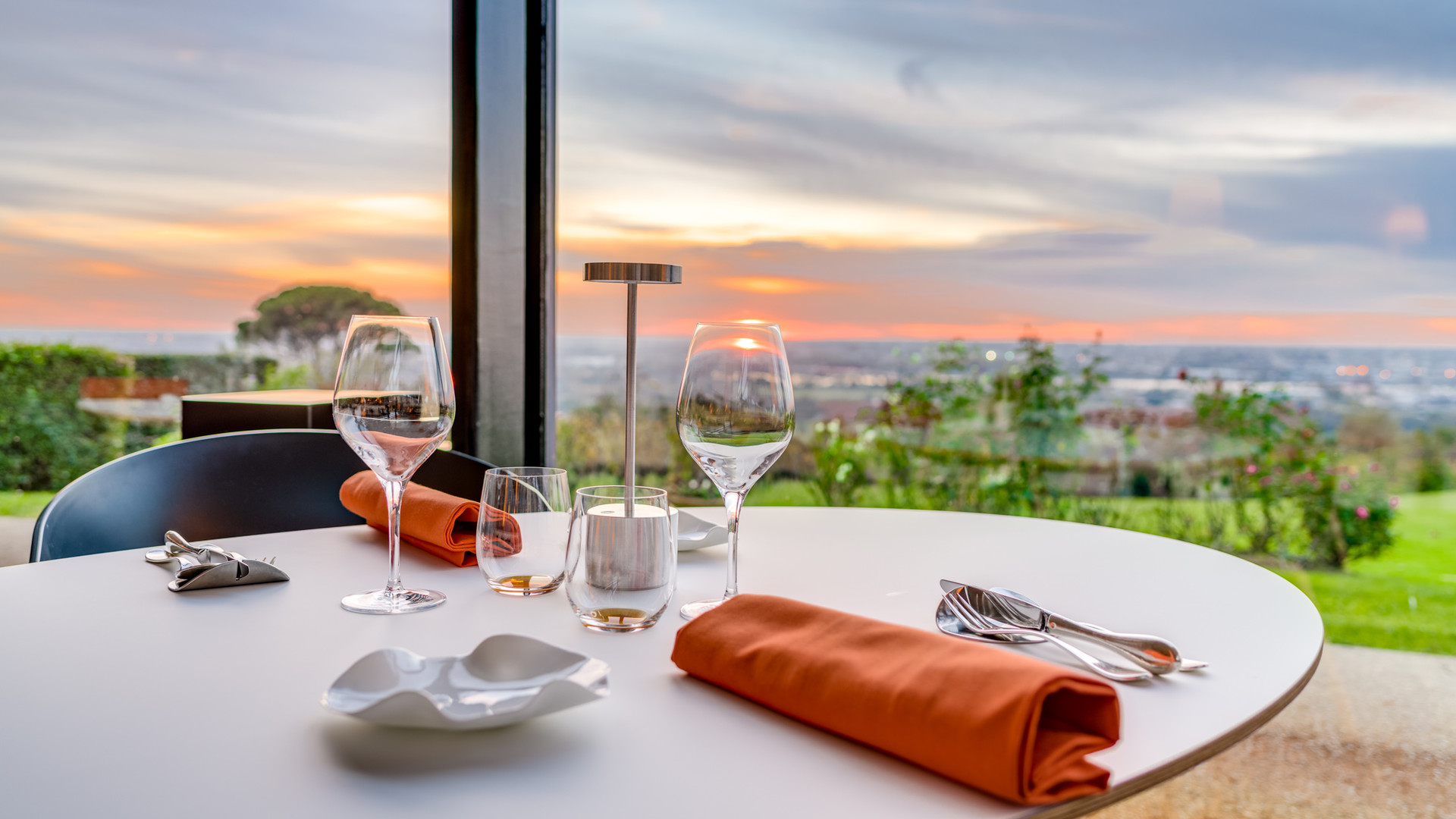 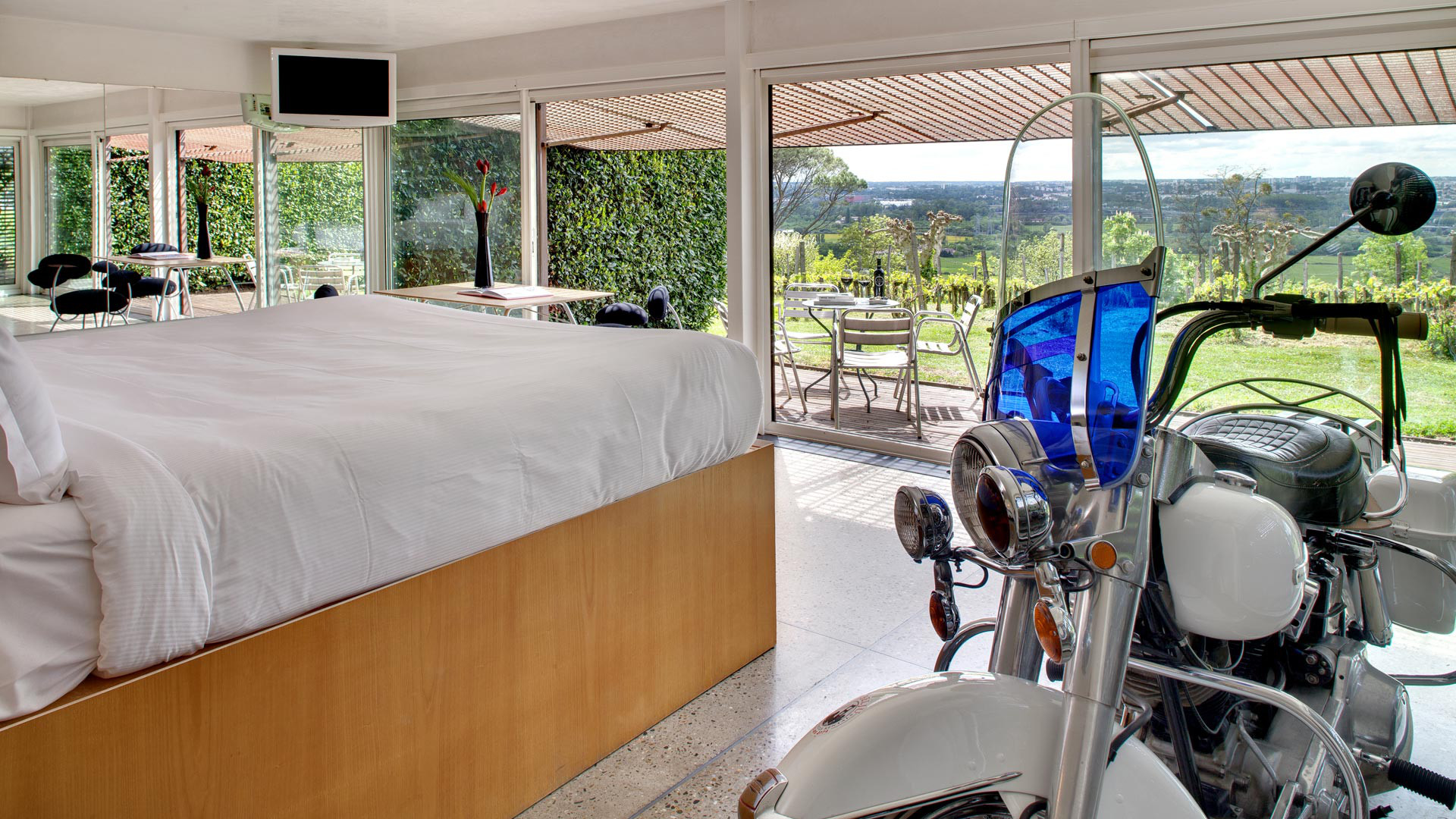 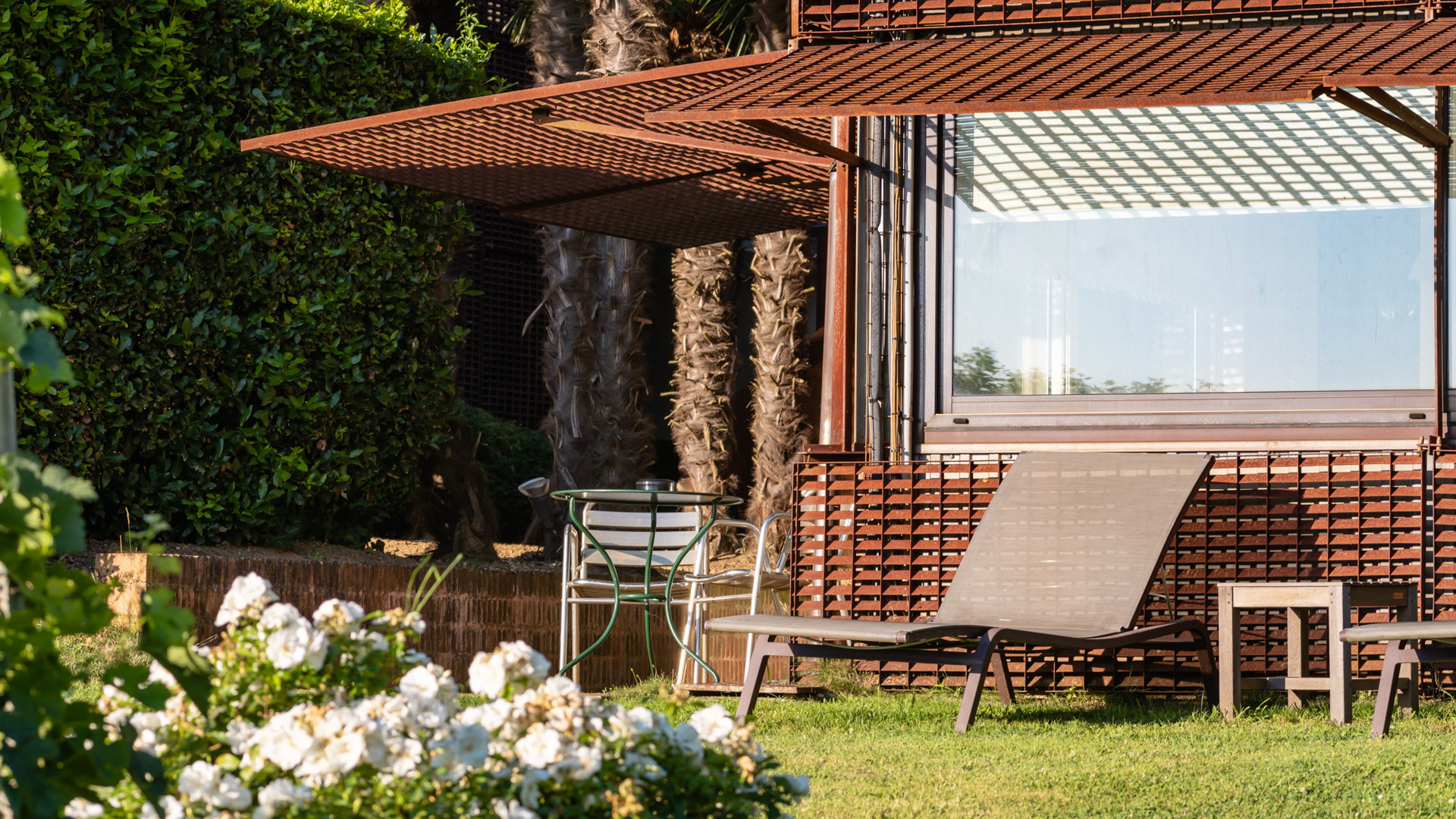 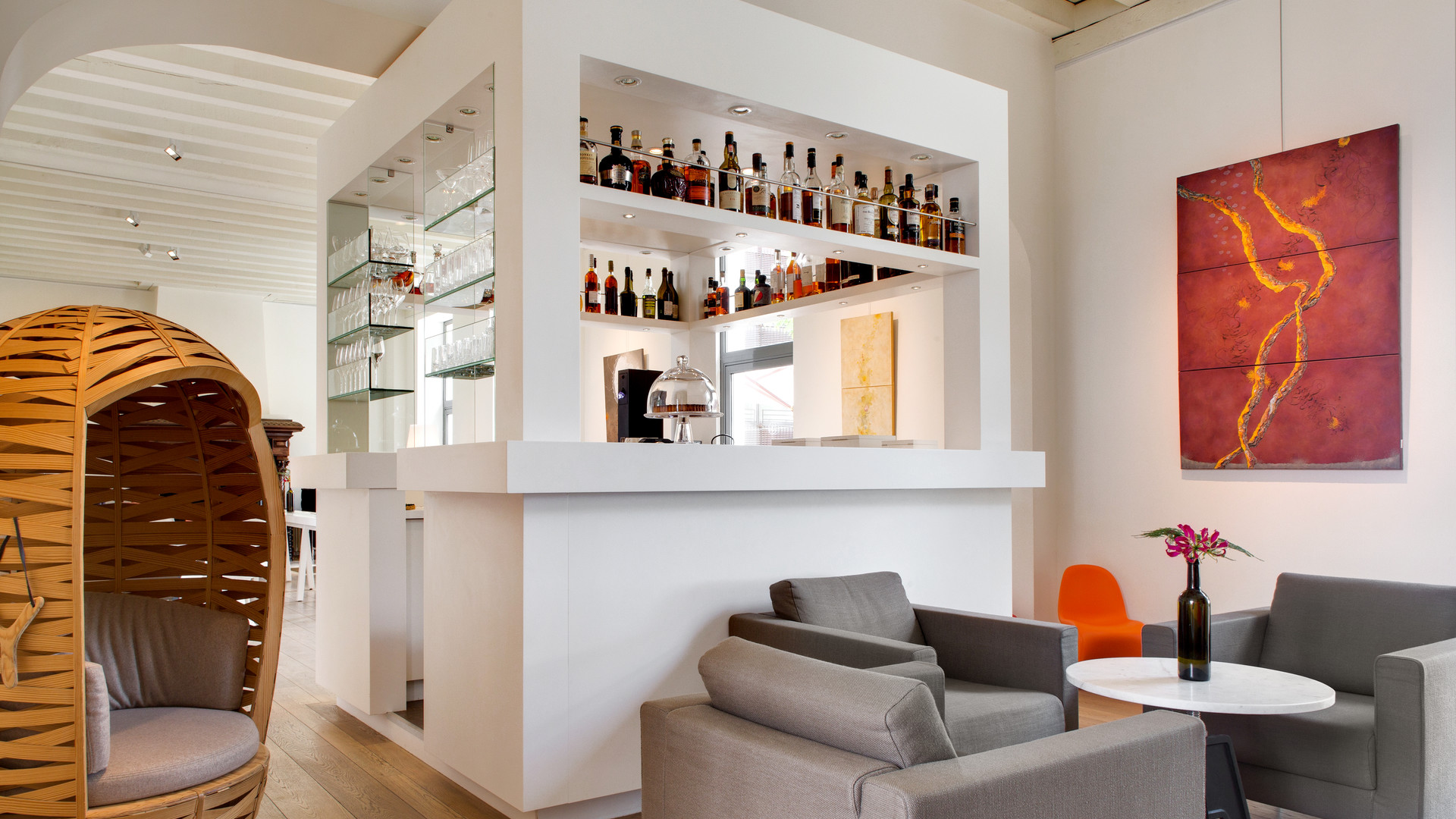 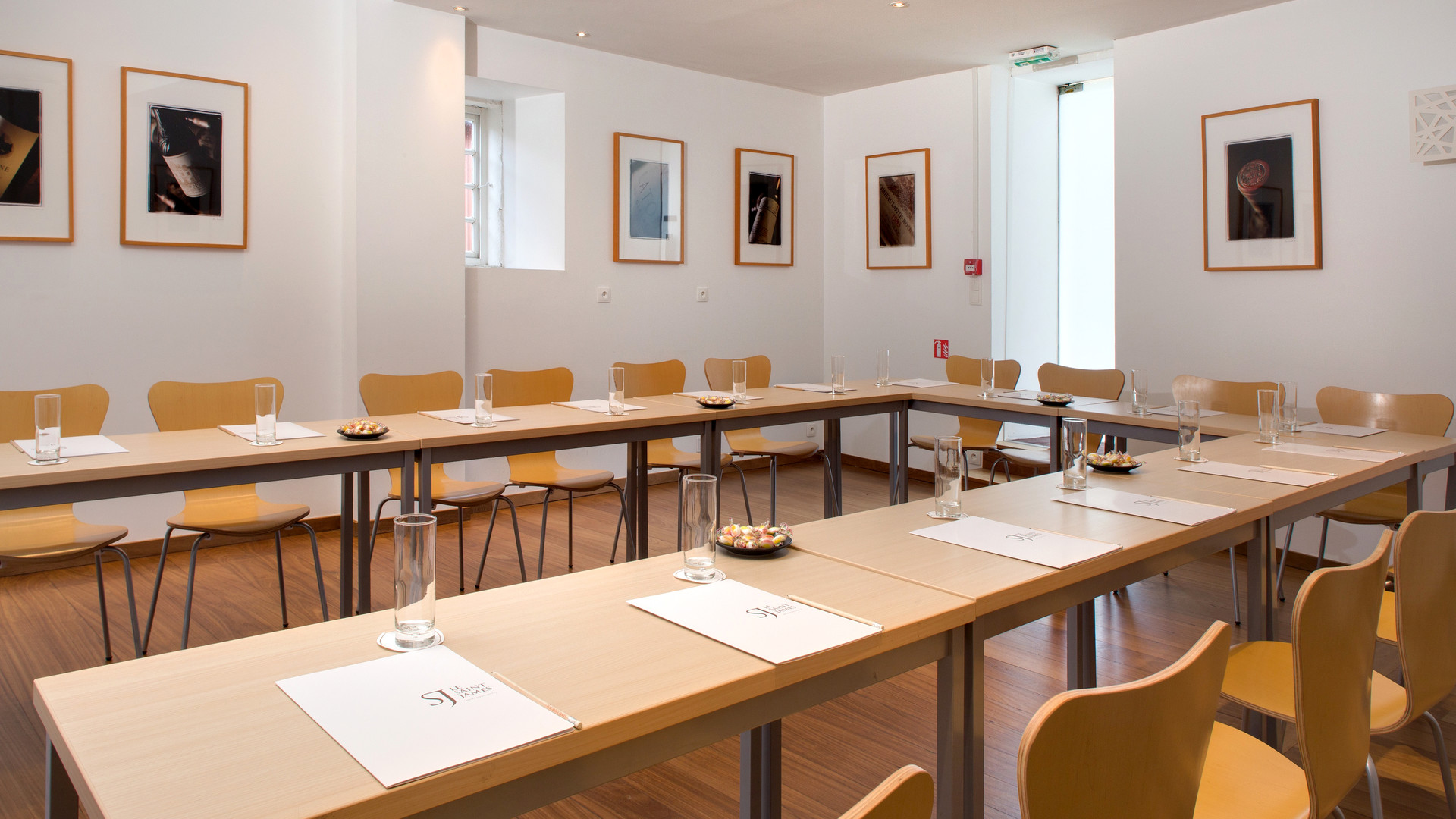 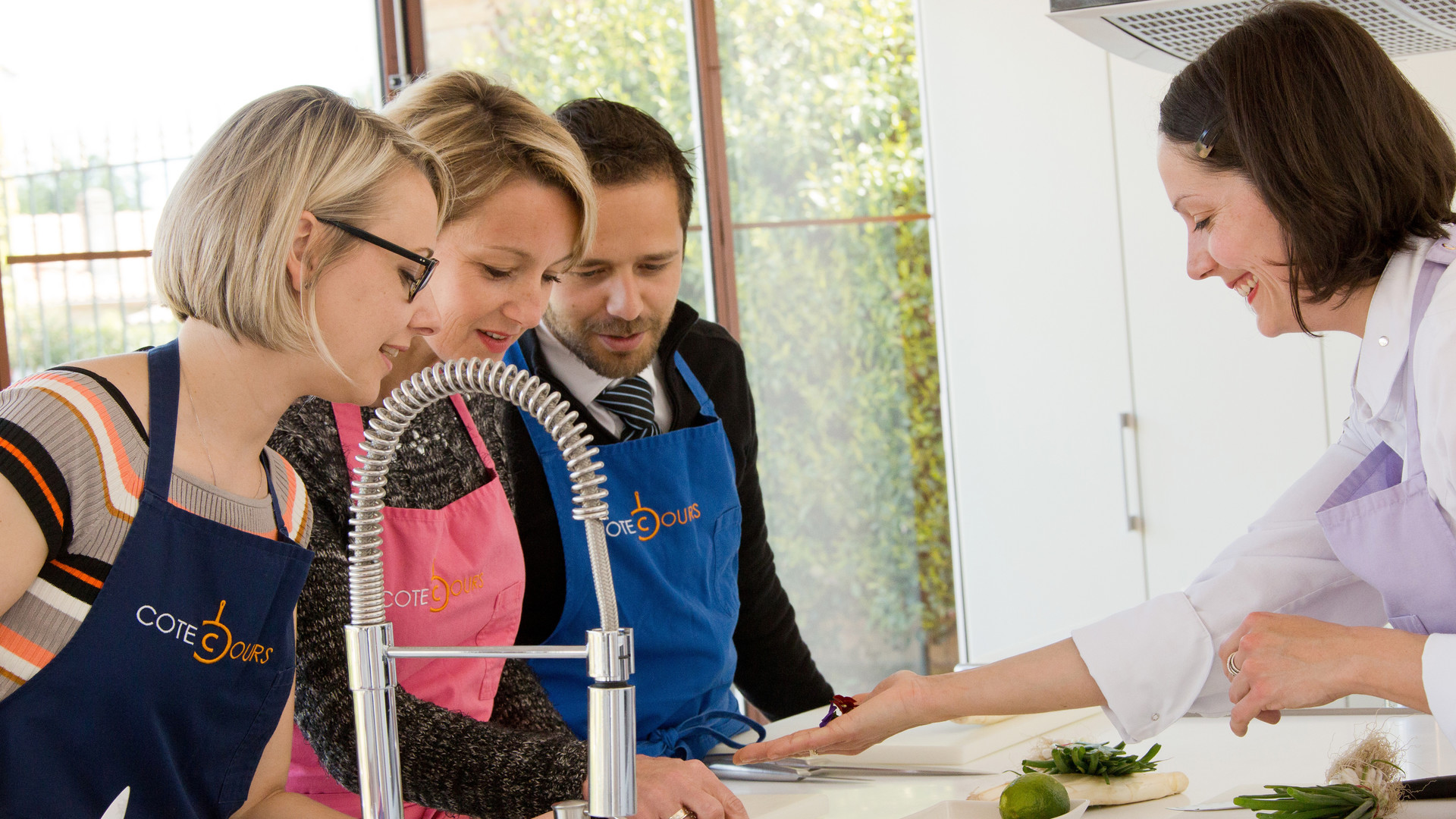 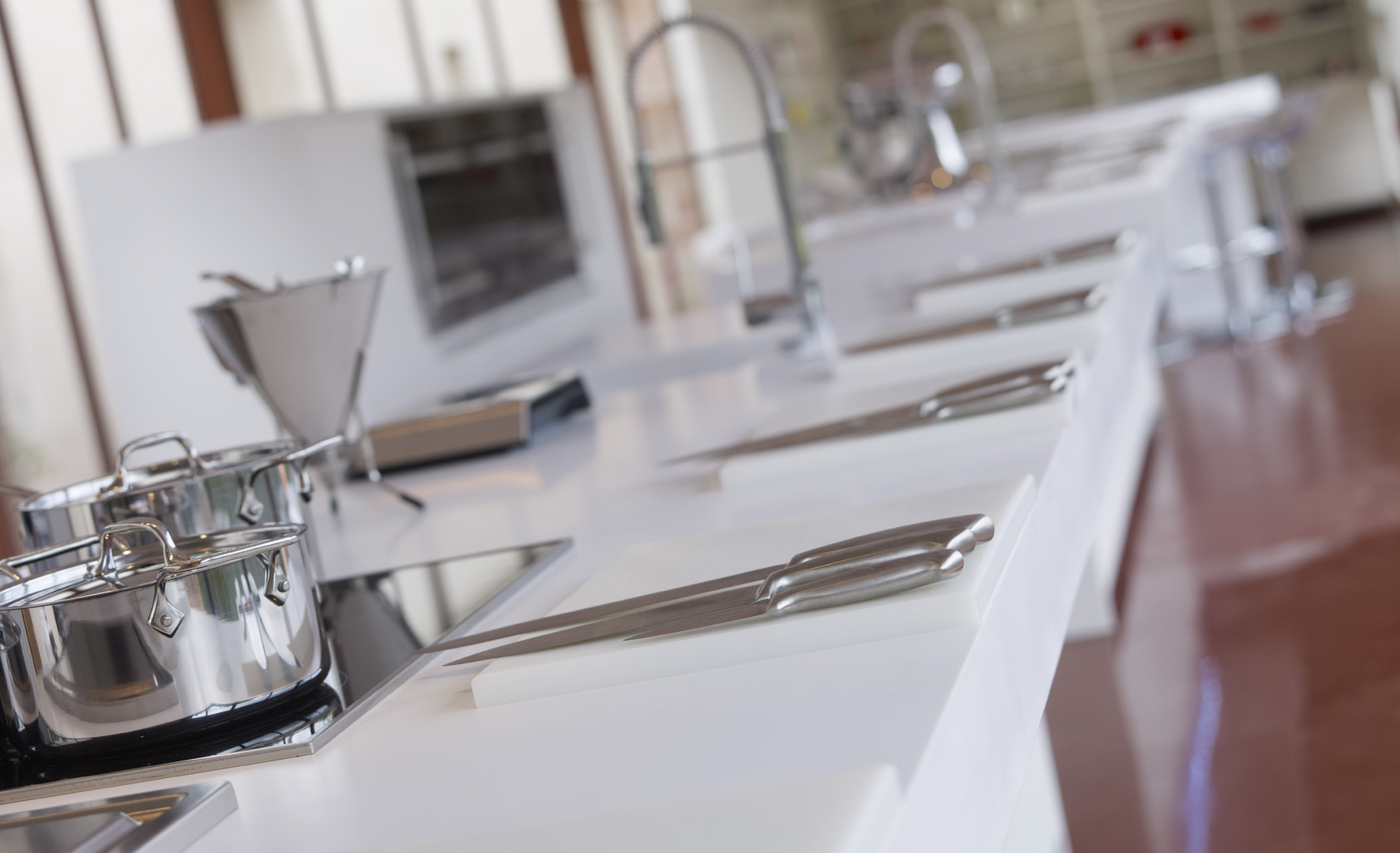 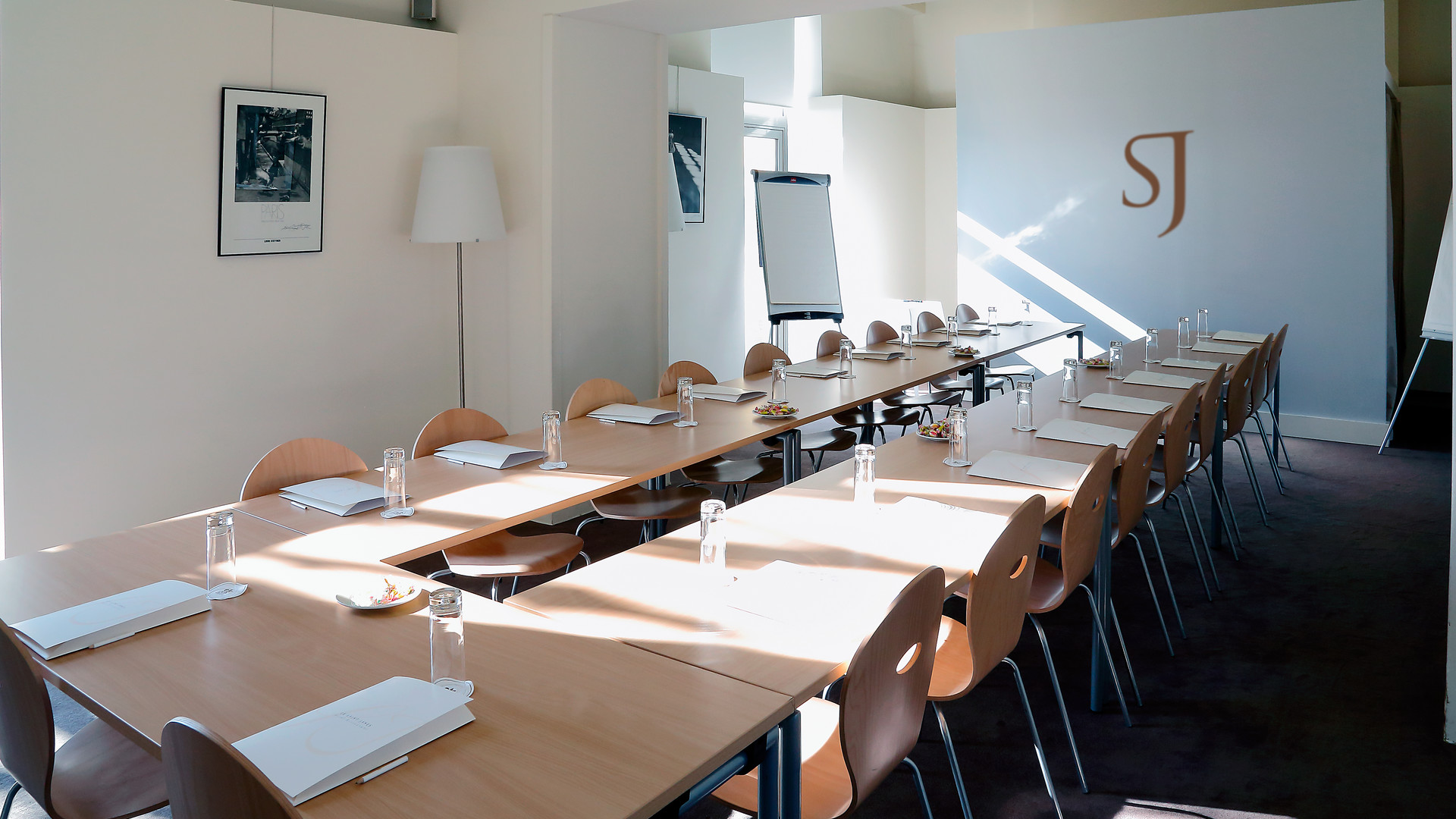 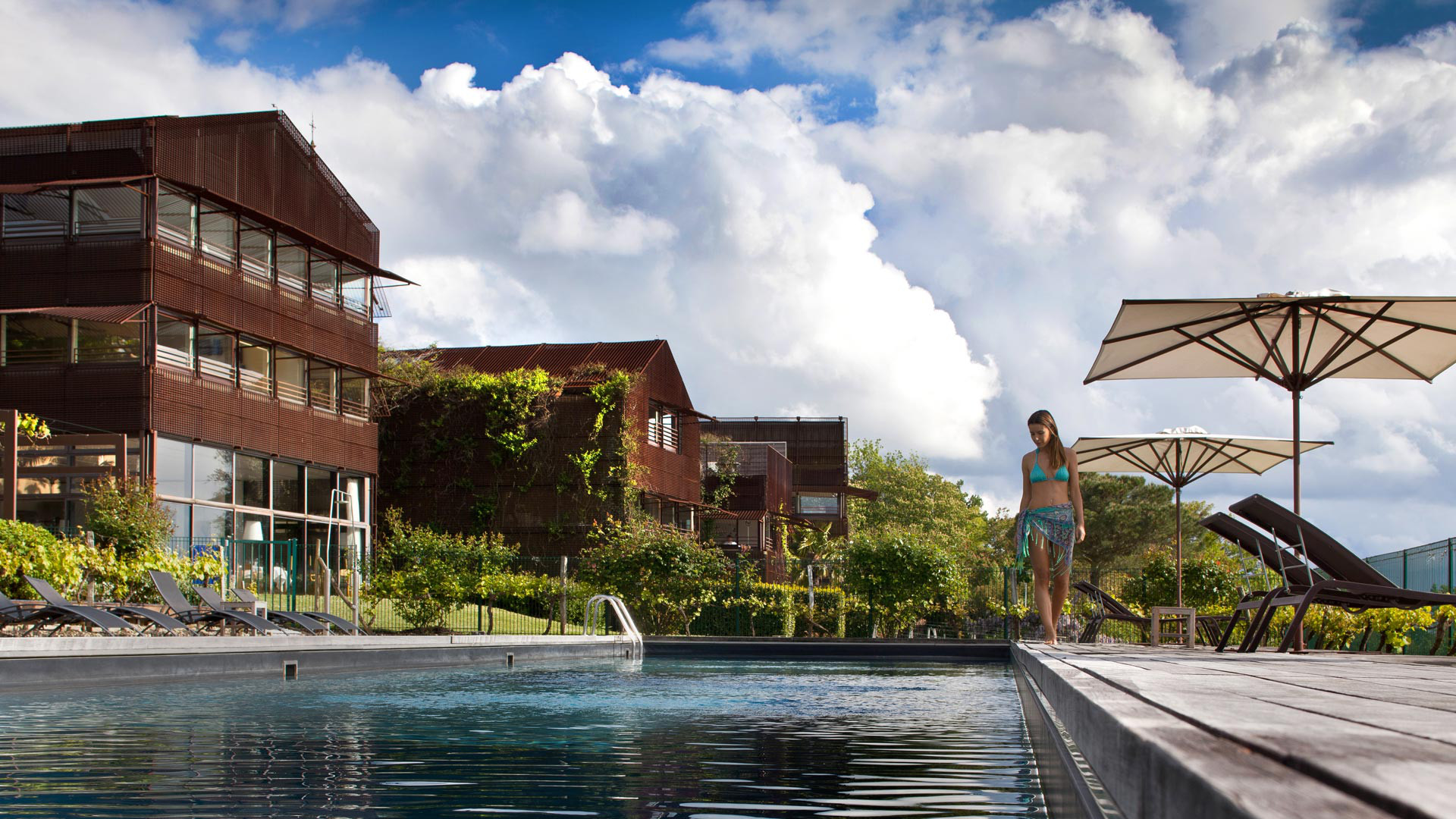 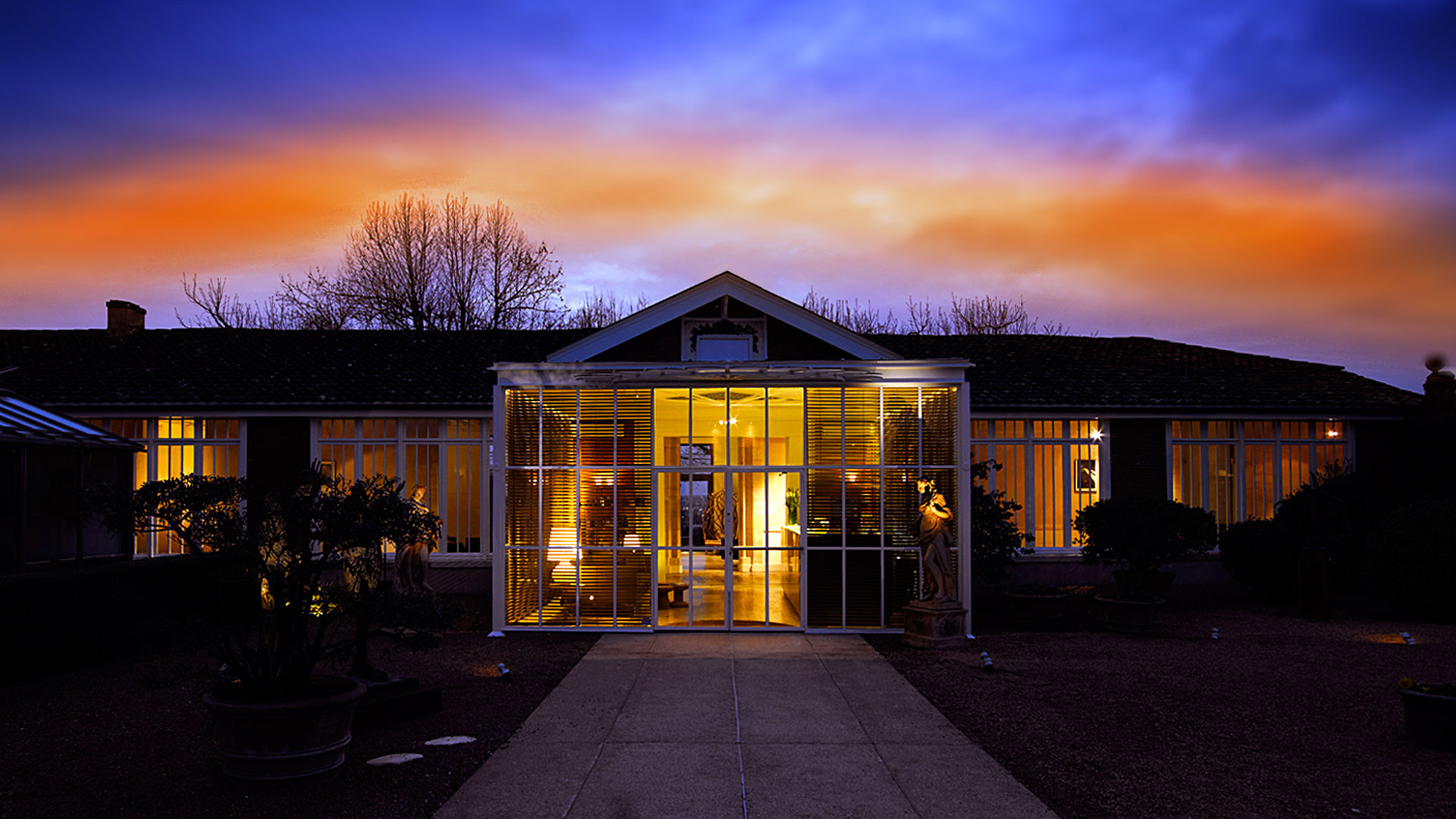 WELCOME TO saint-james
A bit of history
A custom-designed hotel
Restaurant menus
Eighteen rooms and suites
Nicknamed the “balcony of Bordeaux” for its panoramic views, Bouliac has long drawn gourmets and gourmands, those who love art and art de vivre. After World War II, this village tucked away above Bordeaux became a popular destination for lunches and dancing, a refreshing trip to the country, a change of pace. In 1989, one of Bouliac’s most beautiful eighteenth-century farmhouses, an elongated longère characteristic of the region, became a hotel and restaurant. A stylish and unobtrusive location named Le Saint-James, a nod to the famed eponymous street in historic downtown Bordeaux.
Formerly a restaurant, the 18th-century farmhouse now housing Le Saint-James was transformed and enlarged in 1989 by Jean Nouvel. The architect designed four pavilions, each connected to the original building, to create the hotel’s guest rooms. Pavilions that the Lot-et-Garonne native envisioned as an inspired echo of the tobacco barns of yesteryear. The architect even sought to preserve their rusty, chipped, patinated appearance, leaving everything as authentic as possible. His other artistic choices included having the longère and pavilions open out onto the natural surroundings, generating the sensation of lunching, dining, sleeping, reposing and relaxing in the very heart of the vineyards. An architectural feat as atypical as it is eye-catching, now listed as part of France’s 20th-century architectural heritage by the Ministry of Culture.

Our hotel is a member of Wine Paths, the first digital platform featuring luxury wine, spirits and gourmet travel experiences in the wine region of the world.